I’m currently petsitting two dogs for a week in Queen Creek, Arizona (just outside of Phoenix) and am over 5,000 miles into my road trip journey. The timing couldn’t be better as this gig provides me a much-needed respite from the rigors of daily exploration on the road. As fun as the trip has been, it is a bit tiring to be living on the road, moving from one place to the next, day after day. This past week I’ve been enjoying sleeping in, swimming in the pool, playing with the dogs, bingeing HGTV, lounging in my pajamas, and doing laundry without having to leave the house. I’m hoping that all of that helps rejuvenate me for the next leg of my trip which starts on Sunday.

Since my last update, I have visited a handful of places, mostly in Arizona. Due to a no-dogs policy, Cole and I could only see the Hoover Dam from the backside which is considerably less impressive than the front side, or so I imagine since I wasn’t able to see it. We did drive over to the Lake Mead overlook on the way out which was very pretty, although very hot. After the Hoover Dam, we drove toward our next destination, the Grand Canyon and stopped in Seligman on Route 66. I enjoyed dinner at the Road Kill Cafe and spent the night in a 101 Dalmations-themed room at the Stage Coach Motel. I saw a fantastic sunset that night as well as followed a couple of snakes around for a bit. The next morning, we made our way to the Grand Canyon, first stopping at the Visitor Center to pick up some postcards. We entered the National Park via the South Rim entrance and made our way toward Desert Watchtower, stopping at various overlooks along the way. We saw some very friendly squirrels while there and it rained off and on a bit, mainly though the heavy rain stayed far enough away to make for good photos and to stay dry. After several hours, we made our way to Flagstaff for the night.

In the morning, we started to make our way to Queen Creek for the petsitting gig. We stopped in Sedona and did a little photography before making our way to Jerome, a very cute little town built into a mountain. Unfortunately, there was absolutely nowhere to park with a trailer so all I could do was drive-through. I’d like to go back sometime and explore both Sedona and Jerome at some point. We arrived in Queen Creek on Friday evening after stopping at Hole in the Rock in Phoenix. I got in touch with an old friend from Wisconsin who lives in Chandler now and met up with her and her daughter for dinner on Tuesday night. The next day I drove to Tucson to meet up with a former co-worker from the Sitka Center and we did a little hiking at Saguaro National Park. It was a bit warm and the sun was intense so we couldn’t hike too long but we saw lots of cacti and lizards. On the way there I made a few stops for photos including a stop at Picacho Peak State Park which seemed like a neat area to check out had I had more time. I’m enamored with the cacti here in Arizona, I think they are so interesting to photograph. In some places, they carpet mountains like trees and each one seems to be so unique. While saying goodbye to my friend at Saguaro National Park, a woman and her husband approached me because they saw my Oregon license plates and were from Oregon as well. It turns out they were actually from Lincoln City, where I lived last, what a small world!

I’m meeting up with a few more friends on Saturday for a Greek Festival and then on Sunday Cole and I will hit the road and head to Albuquerque, New Mexico to spend a couple of days at the annual Hot Air Balloon Festival before making our way to southeast Utah, Denver, and eventually meeting up with a friend in Illinois. Before I know it, Cole and I will be back in Wisconsin and will start the next chapter of this journey. 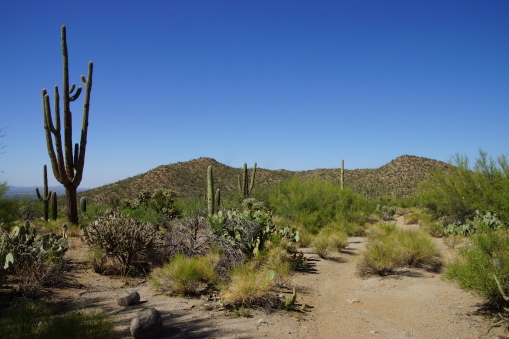 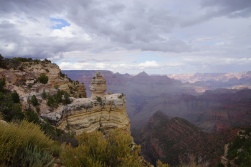 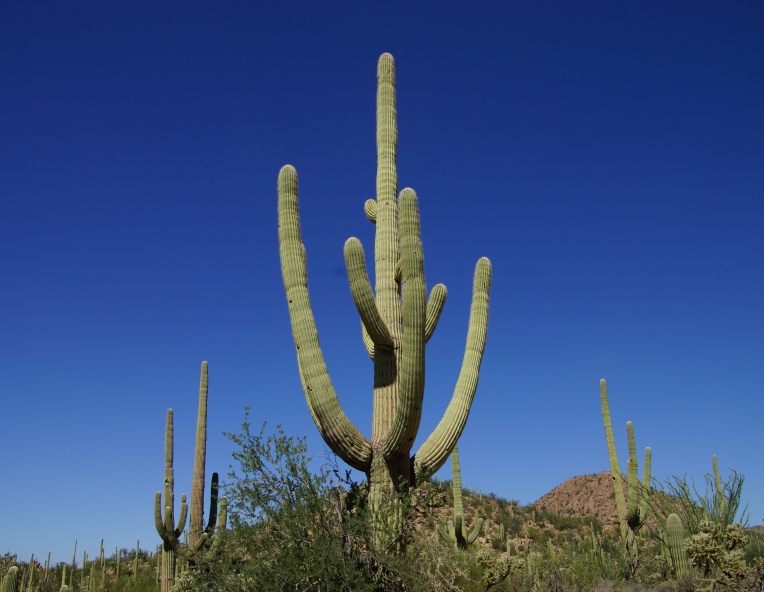 One thought on “Week 4 on the Road”